The OnePlus Nord 2T is very similar to the one plus Nord 2 from 2021, yet that doesn’t prevent it from being a top-tier mid-range smartphone. In addition to a better chipset and faster 80W charging, the 2T also has a cheaper starting price. The Nord 2T and OnePlus 10 Pro have the same price but give advice, Nord 2T is the best choice. 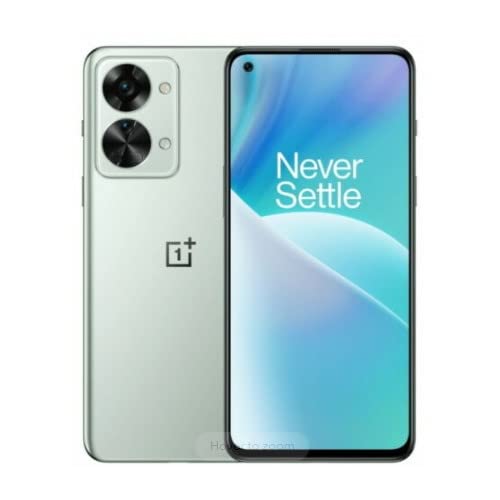 It’s not a huge improvement in sound quality for OnePlus, but if you need a new phone and have a limited budget, the OnePlus Nord 2T should be high on your list. Let’s review the specifications, structure, and features of a One plus Nord 2T just here.

The OnePlus Nord 2T is the finest midrange phone available in the UK and Europe. It’s a great deal because to its long battery life, lightning-fast charging, bright 90Hz OLED display, and lightning-fast speed.

One Plus Nord 2T : Price and availability

Despite being nearly identical in specs and performance to the earlier Nord 2, the Nord 2T is one of the greatest mid-range phones you can buy for £369 in the UK for 8GB RAM/128GB storage. That’s £30 cheaper than that phone, yet it offers a newer processor, faster charging, and an extra year of software updates. Additional 12GB of RAM and double the storage can be had for an extra £100.

In the UK , you may get it easily via  Amazon. But they didn’t perform as well as the Samsung phones. The Samsung phones have the same price range but come with five years of service.

One Plus Nord 2T: Design and Display

The OnePlus Nord 2T proves that the company can do it. From the front, it seems very similar to its predecessor; however, the back is very different.

The primary camera lens is located in the top circle, while two other lenses are located in the bottom circle. A single front-facing camera is hidden in a cutout at the top left of the display. Although the phone’s glossy finish shows fingerprints and smudges, it’s still manageable to handle and use without a case. The ‘Grey Shadow,’ which comes in a matte black finish, is another option, although I haven’t tried it out.

The physical alert slider from the previous one plus phones is present and in fine form, with silent, vibrate, and ring settings. This is such a great idea that more Android phones should implement it so that you don’t have to unlock your phone every time you want to silence it or activate do not disturb mode. But there is some lack too, it is very bulky. Otherwise, this is good it has a USB-C port, speakers, a thin earpiece, a power button, etc. It has an IP rating for dust and water.

The 6.43-inch AMOLED display of the Nord 2T supports a maximum refresh rate of 90 hertz and a 20:9 aspect ratio. The device’s native resolution is 1080 by 2400. When compared to the regular 60Hz, which you may set the display at if you prefer it or want to save battery life, this makes animations, apps, and menus scroll much smoother. It has a superb brightness level.

One Plus Nord 2T: Camera

The Nord 2T contains four cameras, only two of which are very good. The two cameras you’ll use the most are the primary one and the selfie camera, so that’s good news.

The former is equipped with a 50Mp Sony IMX766 sensor, which produces high-quality images in natural light and served as the primary sensor in the One Nord 2T.  The images are sharp and clear, with an acceptable dynamic range.

The 2T does not have a telephoto lens, but the 50Mp sensor makes 2x zoom photographs look nice. Software digitally crops in to give you clear images.

Using the 2Mp monochrome sensor is pointless. Only advertising the phone as having three cameras on the back would justify putting it here.

If you like how most phones’ night modes make the scene seem less dark than it actually is, you’ll probably like what OnePlus claims is a new and improved night mode on the phone. In most cases, I found that disabling night mode resulted in more natural illumination.

The video quality is respectable, but it still falls short of the standard set by the most recent iPhones. The Nord 2T only records in 4K at 30fps instead of 60, but it has some fun extras for video such as portrait bokeh and effects. OnePlus claims that the Dimensity processor allows the phone to process AI-enhanced photographs.

One Plus Nord 2T: Software and updates

Oppo and OnePlus are both owned by BBK Electronics, and the two brands’ respective software platforms have recently been combined. OnePlus phones will therefore continue to operate on OxygenOS, albeit with origins in Oppo’s ColorOS and a skin developed by OnePlus.

In spite of running Android 12 and OxygenOS 12.1, the Nord 2T appears more like the Oppo Find X5 Pro than it does an older OnePlus handset.

Like iOS, OnePlus has made it possible to reach the Shelf widgets with a swipe from the top right. Your ability to disable this is under your control. There is now a shortcut to the Google feed on the home screen with a swipe to the right, and the rounded rectangle shape of the notifications is much more reminiscent of Oppo than the traditional square ones found on OnePlus devices. Features like holding the fingerprint reader while unlocking to bring up a menu of quick-launch icons for frequently-used programs and operations are also lifted straight from ColorOS.

You can manage your notifications and settings based on your schedule, your Wi-Fi network, and your location, and there’s even an always-on display mode and a ‘Work-Life Balance’ setting. The phone has Google services twice over, as Android’s Digital Wellbeing suite, which includes the Focus mode, is also included.

OnePlus’ software package is terrible because it only includes two major Android OS updates and three years of security patches. Consequently, the Nord 2T is scheduled to receive Android 13 in 2023, Android 14 in 2024, and its final security patch in 2025. That’s not good enough, and it shows a wasteful mindset, for a new phone to be released in 2022 and still function adequately three years later.

For its new devices, Google provides three years of platform updates and four years of security, whereas Samsung provides four and five years, respectively. Apple continues to release iOS upgrades wirelessly for the iPhone 6S, which was released in 2015. If you’re looking for a secure Android device that will last you a long time, OnePlus isn’t it.

One Plus Nord 2T: Battery

When comparing the Nord 2 and 2T, one of the only changes is that the Nord 2T  wired charging speeds with the provided charger have increased from 65W to 80W. In 27 minutes, I was able to fully charge my phone from zero; after only 15 minutes, it was at 67%. You can charge it for 10 minutes and have it ready to go for hours.

It’s frustrating that you need the OnePlus charging brick and cable to accomplish this speed. The phone can be charged with any other fast charger, but only at a rate that is significantly slower than the phone’s maximum 80W output. OnePlus has resorted to a USB-A to C cable for this phone. As with Oppo, whose phones also employ an A to C adapter, the new name for this charging method is SuperVooc. Despite all of that, the phone’s actual battery life is quite good.

If your current phone has poor battery life or takes too long to charge, you may want to consider upgrading to the 2T because of its combination of exceptional endurance and very rapid charging.

Everything you need to know about the one plus Nord 2T is up top where it belongs. You may find more up-to-date information about our products on our website.

One Plus Nord 2T: Best Sellers on Amazon